The Railways and Ropley 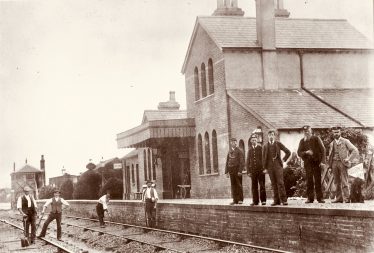 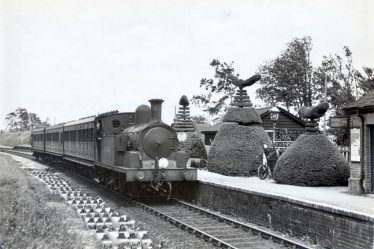 In 1861 a new railway was built to connect to the existing London & South Western Railway (LSWR) lines at Alton and Winchester – the Alton, Alresford and Winchester Railway Company was authorised to build it and the line was opened on 2 October 1865 as the Mid-Hants Railway Company (MHR).  The MHR was leased to the London and South Western Railway in 1880, and was fully absorbed by the  LSWR in June 1884.

In the past 150 years there have been several other plans for railways in the Ropley area, including in 1864 when the LSWR was actually granted by an Act of Parliament to build a line from Ropley on the Mid-Hants Railway through to West Meon and Warnford, before joining with the still proposed Petersfield – Bishops Waltham line.  In 1881 The Windsor, Aldershot & Portsmouth Railway was proposed, which would run from Farnham westward to East Tisted, then down the Meon valley to West Meon, where it would turn east over the South Downs through Hambledon before reaching the lines into Portsmouth at Cosham.  This proposal had the support of the Army and the Royal Navy but failed to find sufficient finance and never progressed.  The in 1895, a proposal was put forward to build a line connecting Basingstoke to Portsmouth but objections were raised by the LSWR and the London Brighton and South Coast Railway as, had the line been built it would have given the Great Western Railway access to Portsmouth.  The bill was rejected in the House of Lords on grounds that it was too costly.

Ropley Station and the Mid-Hants Line

Stations were initially constructed at Itchen Abbas, Ropley and Alresford, the station at Alton already existed.  The station at Medstead and Four marks was added later in1868.  The line near Medstead is at its highest point, 652 feet or 199 metres above sea level, this section became known as “the Alps”, due to this high point and the steep gradients that exist there.  The line provided an alternative route between London and Southampton and was particularly important for military traffic between the army town of Aldershot and the military embarkation port at Southampton and for mainline diversions from the Basingstoke mainline when necessary.

Ropley station has existed in the north of the parish on the Mid-Hants line since 1865, the station once boasted three sidings used extensively by local merchants and farms.  Coal was a significant commodity handled in the goods yard and a loading platform enabled movements of horses by rail, the station has had its notable topiary since the mid-1890s.  A public house was built in the small hamlet of Ropley Soke to provide for the railway construction workers, this later became “The Watercress Inn” and the half-timbered structure is still evident next to the A31 near to Gravel Lane, but is now a private house.

The LSWR was amalgamated with other railways (as part of the Grouping of all railways on mainline Britain) on 1st January 1923 to form the Southern Railway and became part of the Southern Region of British Railways upon nationalisation in 1948.  It managed to survive the massive cuts proposed by Dr Beeching in 1963, but was ultimately closed by British Railways in February 1973, becoming a Heritage Railway in the late 1970s.

Railways to the South

To the south of Ropley in West Tisted Parish the Meon Valley line – one of the most direct routes from London to Portsmouth – was proposed, and received the necessary Act of Parliament for its construction in 1896, with the South Western (Meon Valley) Act receiving Royal Assent on 3 June 1897.  Privett station was one of the stations on this new line.

Due to the constraints of the landscape, a few of the stations on the Meon Valley line were some distance from the settlements they claimed to serve, especially Privett and East Tisted.  Stations were normally named after the parish they were built in, but the owner of Basing Park (William Nicholson, 1824 – 1909, an English distiller and Liberal Party politician who sat in the House of Commons for two periods between 1866 and 1885), insisted that the LSWR named the station Privett (instead of the intended name of “West Tisted”) next to which his estate was sited.

Privett station opened on 1st June 1903 and closed on 6th February 1955, the station building still exists as a private house tucked down the embankment opposite the Angel Hotel on the A32.  A small collections of huts was also built near to Hedge Corner to house “Navvies” who were working on the line, with a larger group of similar buildings constructed near to Privett station.

Comments about this page